06:48
EDT
There are currently no polls set to the side block
Gwaethiel: @chiz, @ Kalasin, I hve a kin dedicated to Leeroy....I bow to his greatness...LOL
Chizbo: @Kalasin: its been done; though I'm not mentioning any names here ;)
Kalasin: Does anyone ever just want to pull a Leroy Jenkins during a skirmish?
Kuzo: SIGN UP!!! https://theforsakenlonelanders.shivtr.com/events/949338?event_instance_id=16262447
Fennel: Hope all is well with you Kuzo!
Fennel: off for holiday weekend!
Kuzo: LOL,..I like your idea Fen,,
Kuzo: No,,Just take a great photo!
Fennel: ya know, since we're doing the chicken run on saturday
Fennel: Yes, Chizbo, good question. Any perimeters for the photo contest? I say we have to make it with a chicken in the frame somewhere
Chizbo: What is pic contest this week? Not in-game right now...
Chizbo: Hi Kuzo! What up!
Kuzo: Yo!! Chiz
Kuzo: 32 songs added to the Band Guide
Kuzo: Band page is under Guides
Mornawenn: found i think (4 songs for now) See ya =)
Mornawenn: Hey where is the Band page please? (o-o)
Valberg: Running off for Canadian Thanksgiving weekend, see you all Monday. Happy Columbus day to all my American friends.
Fennel: Weeeeeee! Get to play lotro tonight. So happy.
Kuzo: Fennel!!!
You do not have permission to shout
News » Entry

The Cult of the Tortoise 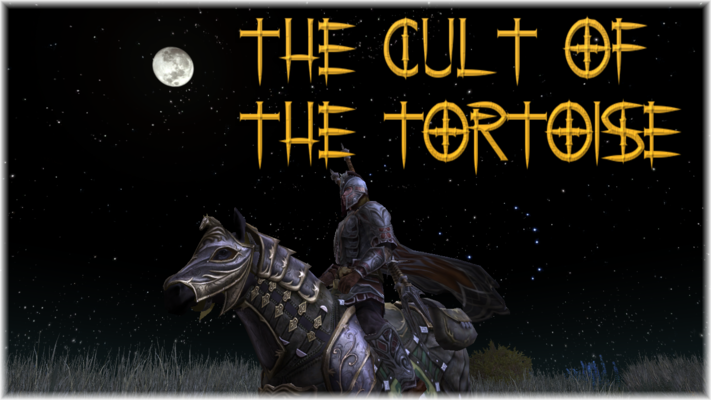 The Cult of the Tortoise is a shhhhhh,..secret organization within the ranks of the Forsaken Lonelanders! The Cult has many secrets known only to the initiates but its public face is that of a heritage group dedicated to end-gameplay in each of the expansions. The group supposedly uses a sacred stone of the tortoise to halt leveling as each member reaches the highest level before the next expansion, starting at level 50! They then play all end game content for that expansion! Members have access to many secrets and the Cult is growing!

The spread of this dark organization is a reason for fear within the Lonelanders. Who are the members? Who is the leader? What is their real agenda?
0 Likes
Share