11:58
EST
There are currently no polls set to the side block
Evelynwulf: Just thought I would say hi. Hi everyone!
Kuzo: Yes, Klasin,..they have fixed it now
Kalasin: Is anyone else experiencing "Game Launch Failure" when they try to load the game?
Gwaethiel: @chiz, @ Kalasin, I hve a kin dedicated to Leeroy....I bow to his greatness...LOL
Chizbo: @Kalasin: its been done; though I'm not mentioning any names here ;)
Kalasin: Does anyone ever just want to pull a Leroy Jenkins during a skirmish?
Kuzo: SIGN UP!!! https://theforsakenlonelanders.shivtr.com/events/949338?event_instance_id=16262447
Fennel: Hope all is well with you Kuzo!
Fennel: off for holiday weekend!
Kuzo: LOL,..I like your idea Fen,,
Kuzo: No,,Just take a great photo!
Fennel: ya know, since we're doing the chicken run on saturday
Fennel: Yes, Chizbo, good question. Any perimeters for the photo contest? I say we have to make it with a chicken in the frame somewhere
Chizbo: What is pic contest this week? Not in-game right now...
Chizbo: Hi Kuzo! What up!
Kuzo: Yo!! Chiz
Kuzo: 32 songs added to the Band Guide
Kuzo: Band page is under Guides
Mornawenn: found i think (4 songs for now) See ya =)
Mornawenn: Hey where is the Band page please? (o-o)
You do not have permission to shout
Boddoburg seldom left the comfortable surroundings of Esteldin. Esteldín, the unofficial capital of the North Downs made a good place for his front as a jeweler because the would-be defenders of the realm train there for daring missions, while refugees from near and far seek shelter in this Rangers haven. It was the perfect hideaway for a successful burglar! Boddoburg's business here was brisk and often very lucrative, but at times a special order would come in that he could not resist the temptation to fill! Boddo excelled in finding the rarest of items and it was attaining these obscurities that he had built a reputation on as one of the best thieves in the whole of the realm. 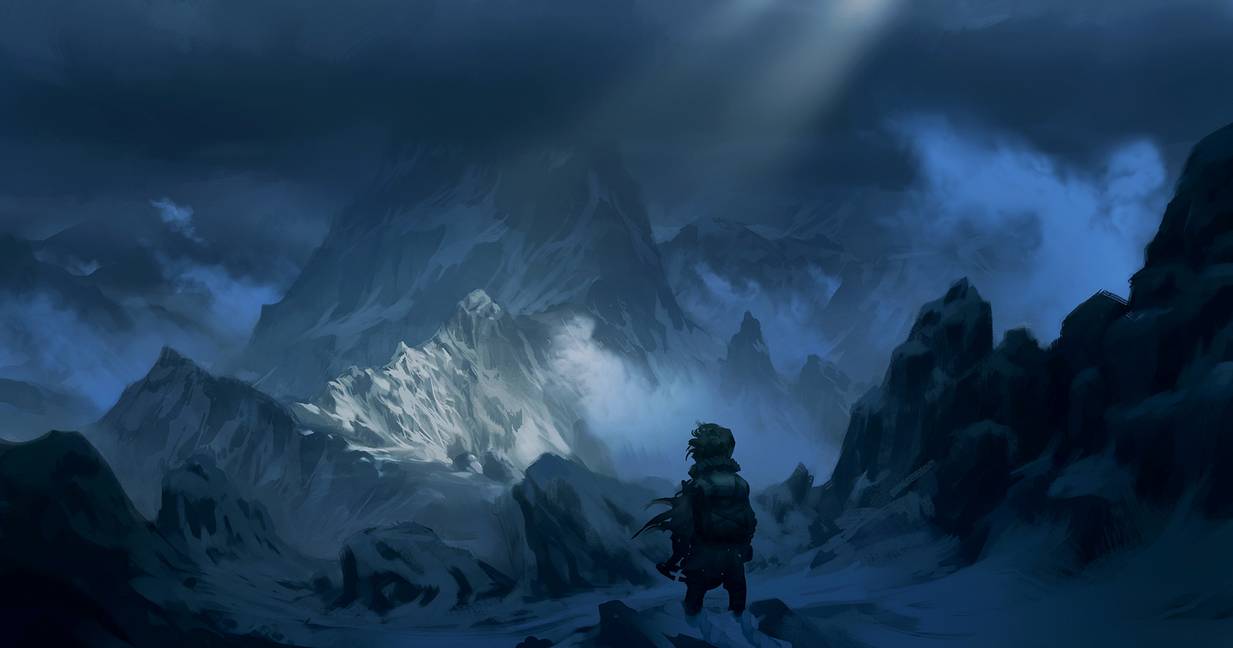 The bitter driving snow clung to his face, and at times he had to stop and turn away from the freezing sleet. His eyelids often froze together and he had no choice but to take off his gloves and melt them loose and open with his fingers and thumb. Bodo was near death when he finally reached the gates of Helegrod. Looking upon the main gate of Helegrod, Boddo marveled at the dwarven craftsmanship. Blazing Dwarf-torches, burning eternal, warned of the scarred and evil-tinged halls abandoned beyond. Huge carvings of the dragon Thorog, who slew so many here and was slain himself, gave testimony to the bravery and the deeds of the dwarves who fought and died here. It was said they had fled and left this accursed place to the ghost of the dragon and taken all their treasures with them, but Boddo knew different! His cold yet deft fingers nimbly picked at the lock that secured the door, and the information he had obtained paid off, as the huge doors swung open with only the sound of in-rushing air! Deep in the lower halls, this fresh wind was felt, and eyes opened wide as creatures who had taken up residence moved in the shadows. This was no empty crypt.

About six months earlier, Boddo had heard the tale from a RuneKeeper who had just returned from the Misty Mountains and was convalescing at the Rangers camp of Esteldin. Xalathor was a young RuneKeeper, who was quickly gaining renown. He had met a giant, he claimed, high in a mountain pass above the Valley of Rivers, who was injured. He had used his limited skills to heal the huge man-beast. It was for this he had not tried to kill him, and they made an unlikely bond. They had hunted mammoth together for some time until they became separated in a terrible blizzard. The story he told was a warning to most, but ear candy to Boddo!

'I reeecul Ari said somethhinn abut robed Men had talked with Storvâgûn, and suddenly he was riches! These rubbbed struangers gave Storvâgûn a hujje hewel for pledging his luyalty, ass as big ass a mans fistttt and to huld daaa powder, da poooower of persuasion! So, da asshule pledges loyalty to his new friends, offers emmm the service of all giants -- aaaaall giants, not just himself! Whyn oudders complane and challenge Storvâgûn, he gibes em new walth! New moany jiants have joined Storvâgûn above the old dwarf-city but Ee is no giant. ee is a traidoor to his people! If you are brave beyond your tiny stature, mybe jew take Storvâgûn's emblem of lllooyalty to the robed Men aweee from hum. I tried, and so this is my due,.... Xala, nodded off to sleep, and then in his daze or out of a nightmare she screamed!!,... he betrayed giants first, and he must pay fur it !!!'

What occurred inside that hell of a place is something only Boddoburg knows, but it had somehow aged him. The only trace of the Hobbit`s passing as he made his way down the Bitter Stairs were his footsteps which were quickly hidden by the drifting snow. The wind was so cold it numbed him to the bone, but the gem he carried in his backpack kept him warm with thoughts of a huge reward! He was only about a day away from the pass that would take him into better climes and the warmth of an Elfish hearth and wine so sweet the taste was undecidable!

He suddenly stopped in this tracks as he listened with greater concentration. His frozen ears were attuned to the different sounds of nature and any unnatural sound was easily caught on the whipping winds that rushed about him. He wasn't sure but it sounded like the cry of a baby,..a human baby, a hobbit baby,..emm definitely a baby.

Boddo, moved cautiously towards the sound and noted he was not the only creature who had heard the noise. A huge lone Warg was also circling and honing in on the baby's cries. Boddo, remained stealthy, and moved very slowly, his white cloak concealed him and almost made him invisible. He moved downwind of the Warg and saw that it had now found the source of the crying and was preparing to attack. Boddo, got so close to the Warg that he could smell its foul bloody breath on the wind and he could almost touch it's rankish stiff pelt. It stopped and turned and sniffed at the air. Boddo stayed statue-still and looking past the Warg, Boddo saw half-buried in the snow, a bundle of fur and cloth, and knew in that instant that that was where the Wargs' attention was concentrated! His opening was then or never! He moved deftly and so quickly that he was a blur to the eyes, had there been any to see him! His daggers both cut deeply into the neck of the Warg, and it let out a devilish howl and sled headfirst into the deep snow, unmoving, dead!

Seeing the blood on the snow and on the blankets as he unfurled them, Boddo thought he was too late and that he had rescued a corpse. A movement in the bundle indicated otherwise, as he lifted a wolf fur to see a beautiful blonde Hobbit lass, still breathing but unconscious, and to top it all off a wee lil beauty of a Hobbit baby, umbilical cord intact, trying to crawl up her mother's belly! The baby had just been delivered, and the mother must have lost consciousness, Boddoburg thought! He took out his wine-skin and plied it to her cracked bloodied lips. It was then the mother's eyes fluttered open, she looked up staring deeply into the eyes of Boddo, smiled, and closed her eyes again. Boddo felt his heart flow from his chest, and embrace the heart of the small beautiful mother Hobbit in his arms. This new sensation was unlike anything he had known and it scared him. He lifted her head and brought her lips to his and they kissed. She opened her eyes again, looked down at her daughter and back to Boddo, and smiled. Her last breath hung on the frosty air until a soft wind took it away. This time the mother drifted off into an eternal sleep from which there is no return. Boddo, took the infant and cut the cord that bound, her to her dead mother. He felt the warmth of his tears turn cold and freeze on his cheeks as he lifted her from her mother's stomach when he saw she grasped something in her hand. When he opened the small palm, Boddo saw a single white blossom, as white as the snow that drifted about them. He took it and placed it in his pouch for safekeeping.