11:50
EST
There are currently no polls set to the side block
Evelynwulf: Just thought I would say hi. Hi everyone!
Kuzo: Yes, Klasin,..they have fixed it now
Kalasin: Is anyone else experiencing "Game Launch Failure" when they try to load the game?
Gwaethiel: @chiz, @ Kalasin, I hve a kin dedicated to Leeroy....I bow to his greatness...LOL
Chizbo: @Kalasin: its been done; though I'm not mentioning any names here ;)
Kalasin: Does anyone ever just want to pull a Leroy Jenkins during a skirmish?
Kuzo: SIGN UP!!! https://theforsakenlonelanders.shivtr.com/events/949338?event_instance_id=16262447
Fennel: Hope all is well with you Kuzo!
Fennel: off for holiday weekend!
Kuzo: LOL,..I like your idea Fen,,
Kuzo: No,,Just take a great photo!
Fennel: ya know, since we're doing the chicken run on saturday
Fennel: Yes, Chizbo, good question. Any perimeters for the photo contest? I say we have to make it with a chicken in the frame somewhere
Chizbo: What is pic contest this week? Not in-game right now...
Chizbo: Hi Kuzo! What up!
Kuzo: Yo!! Chiz
Kuzo: 32 songs added to the Band Guide
Kuzo: Band page is under Guides
Mornawenn: found i think (4 songs for now) See ya =)
Mornawenn: Hey where is the Band page please? (o-o)
You do not have permission to shout

Once in the instance you are some distance from Rako. Run with the group to an area close to the target and wait for the leader to do a ready check. Eat food, and read scrolls before combat. Make all preparations before engaging Rako. 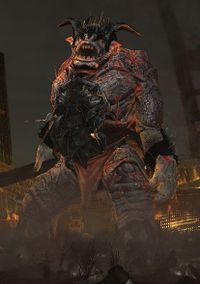 Rakothas has a few mechanics that make it very difficult to handle him unless you are in a group with some lev 130 characters with massive dps. The Tank should stay in front of Rako and the group behind. Ranged dps can stay off some distance, but then they will not assist the tank by sharing in the pain. Rako has a skill that deals "distributed damage". Everyone takes some of the pain! It is important that most of the players stay in close and absorb some of this damage to assist the tank. He will not be able to take the full load!

It is technically possible to take distance from Rakothas' target so you will not suffer damage yourself. This can be a tactical choice, but bear in mind this gives a higher penalty to the tank, lessening his chances of survival. This distributed damage is roughly 108,000 morale, which is very difficult to handle for a single player alone. Thus, a strategy you often see is that the members of a fellowship flock around their tank.

Another of Rakothas skills inflicts a heavy tiered damaging bleed called hemorrhage. When a player already has the bleed applied on him and Rakothas inflicts the effect on him again, the bleed is reapplied and it increased one tier.

As a consequence, if you hold aggro for a long time, you receive a bleed that is increasing in strength until it is unbearable. Hemorrhage has five tiers and Rakothas' attack that triggers this bleed is a frontal AoE attack, meaning that all members flocking around the tank suffer from this effect.

Put a tank in front of him and have 5 people stack behind the boss, standing on the dead bodies where he starts works well.
Let the group get up close towards the tank (5m range), so they catch the distributed and your tank does not get one shotted.
If the group is catching the hemorrhage bleed you are catching his frontal and should step a tiny step backwards, the group should never be having the bleed.
DPS needs to be strong and he must be taken down asap, so the bleeds do not have a chance to stack, or you will wipe.

Using this strategy will require a lot less group healing.